In a wonderful piece for Time, Annie Murphy Paul argues that reading literature makes us smarter and nicer people. That’s something most book lovers would agree is a no-brainer. Apparently a professor at the University of Nottingham wasn’t convinced, so Paul did a great job stacking up the evidence.

In doing so, however, she worries that deep reading is dying, and that young people increasingly read only superficially:

“Deep reading” — as opposed to the often superficial reading we do on the Web — is an endangered practice, one we ought to take steps to preserve as we would a historic building or a significant work of art. Its disappearance would imperil the intellectual and emotional development of generations growing up online, as well as the perpetuation of a critical part of our culture: the novels, poems and other kinds of literature that can be appreciated only by readers whose brains, quite literally, have been trained to apprehend them.

She quotes a study by Britain’s National Literacy Trust full of ‘more-likely-less-likely’ stats about young readers that seem designed to leave us more confused than terrified. For me, surveys like this are far less useful or trustworthy than empirical evidence. It seems to me that deep reading is far from endangered among young readers. In recent years, young adult reading has boomed. The Mail Online wrote a year ago:

From Twilight to The Hunger Games teen fiction is booming, with sales jumping almost 150 per cent in just six years. In the first five months of this year more than 2.4 million books in the category were sold compared to 981,000 in 2006, according to figures compiled by Neilsen BookScan.

Here in South Africa, Yoza, FunDza and Bozza have enabled hundreds of thousands of teens to read long-form fiction and non-fiction on their phones – and engaging deeply with material that just wasn’t accessible to them before. Some have even become successful writers themselves. 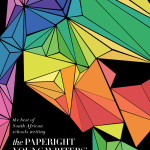 At Paperight, we’re about to release the first Paperight Young Writers Anthology, a collection of the best poetry, essays, short stories and illustration from South African high school students. I was involved in the poetry selection, and I guarantee that these astonishing writers are voracious readers: it’s clear from their craft that they read deeply and often.

Young people love reading deeply. Let’s celebrate that, and build our literature around it, instead of worrying needlessly that the world we think we remember is going to pieces.

1 thought on “Let’s bust this “reading is dying” myth”