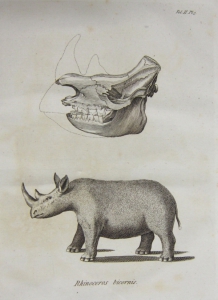 It’s rare that a national industry is confronted with a single threat to its future. That just happened to South African publishing. A few days ago, the South African Department of Basic Education released a policy document, for public comment, that explains how the DBE would like to handle textbooks going forward. (If you’re in publishing, read it, here’s the PDF. Instructions for official public responses here.)

The document has big, important ideals, and contains many smart ideas. The emphasis is on making sure every child has textbooks, and no one can fault that. There are many ways to help make that happen: the department must make its textbook money go further, the distribution of textbooks must be simpler, and schools must try to reuse all of their textbooks from year to year. The document addresses these issues and more. The issues have inherent challenges and complexities, and it’s clear the authors have thought about them.

But the document contains one, huge, glaring misadventure: the DBE wants to buy a single textbook in each subject for the whole country. For example, every grade 10 child in the country will use exactly the same maths textbook. The same history textbook. The same life-orientation textbook. Whether they’re at a high-end school in suburban Joburg or a rural school in the Northern Cape.

The theory is that, this way, the DBE will find economies of scale that will reduce the cost of textbooks and their distribution, and that this will help them achieve universal textbook coverage.

It’s very difficult to respond to this theory seriously, because it’s flawed to the point of absurdity. Even if the DBE did save money this way, it wouldn’t save much, and the damage done would be far more costly in the long term:

No doubt there will be much public comment on these issues. Signs are ominous that it might not make much difference: a senior DBE leader told a group of publishers recently that their position on procurement (which includes buying one textbook per subject) is very unlikely to change. We could have guessed that: weeks before the proposed policy was made public, the Minister had already announced it in her budget speech as given:

2014/15 has been targeted as the year by which the sector will be moving towards one textbook, per learner, per subject.

In South Africa, the vast majority of publishing revenue comes from the government purchase of textbooks. This revenue cross-subsidises the less lucrative publishing of fiction, children’s books, and reference books like dictionaries and atlases. As I’ve mentioned, it funds much of the experimenting around digital textbooks and online learning. And educational publishing – despite many weaknesses in this regard – supplies most of our country’s book-publishing skills. As a country we’ll pay a terrible price if our educational publishing sector shrinks.

That said, the DBE is not the root of the problem. They are simply reaching for the biggest hammer they can find to solve a long-standing problem: the gross under-supply of textbooks to poor students, and the perception that books in South Africa are too expensive and exclusive. Even if it’s the wrong hammer on the wrong nail, as the publishing industry we have to take a long, hard look at the part we’ve played getting to this point.

The spectre of state publishing and a single-textbook system has been around for many years – certainly for the twenty years I’ve worked in publishing – and always in response to these same basic problems. And yet publishing companies have not changed anything substantial about their publishing models or processes in those twenty years. As educational publishers, we’ve repeatedly fallen back on our unshakable belief that we’re already producing the best possible books for the lowest possible price. And each time that the state has threatened to force our hand, we’ve persuaded them to let us keep doing things the same way. There have been tweaks to the system, but the basic model has never changed. What if we’ve been wrong the whole time?

So perhaps the chicken has finally roosted. We’ve scraped through our tests, but now it’s exam time and we have just hours to prove ourselves. Can we find different ways to do things, or do we tell our editors, writers, designers, marketers and salespeople to find other jobs? Whatever happens, we have a lot of honest, open talking to do.