Recently I spoke on a panel at the Education Week conference about developing open educational resources. It was great to share a stage with innovators like Mark Horner of Siyavula, Andrew Einhorn of Numeric, and Brett Simpson of Breadbin Interactive. I spoke about the relationship between OER publishing and proprietary publishing – sometimes called mainstream, traditional or commercial, though those labels are neither useful nor accurate. Here are my speaking notes.

I’m Arthur. I’m a fellow with the Shuttleworth Foundation, so you know I’m going to be a fan of open educational resources. I’ve also founded two companies in book publishing that work with OERs: Bettercare and Paperight.

I wasn’t always this way. About ten years ago I was working as an editor for a big textbook company, Oxford University Press. One day I heard about this guy at UCT who was getting students to write free high-school science textbooks. Hah hah hah! What a lunatic, I thought. He sounded quite brave but a little naive. I reckoned his band of enthusiasts would never be able to produce books as good as mine, or get people to actually use them. 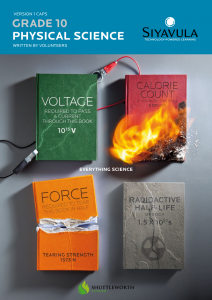 Today, those textbooks are on more learners’ desks than any other textbook in maths or science. They’re beautiful. And you can read them on paper or on your computer or on your phone. Wow, I’ve had to eat my words. And now he’s sitting here beside me, as the founder of Siyavula. Hi Mark.

To make matters worse, he married my cousin, so now we’re related. Hayi. Life is funny.

So I’ve learned from his example now. At Bettercare we publish some of the best nursing textbooks in the country. We can get dozens of leading experts to contribute to our books because we open-licence them. Those experts know that their work will be able to spread freely. We can do this because we make money selling the printed versions to hospitals and universities.

At Paperight, we make money distributing OERs from many publishers, because we work with photocopy shops to sell print-outs in their stores. (We earn a service fee for bringing the copy shops the extra business.) So in photocopy shops from Khayelitsha to Peddie to Petrus Steyn, people pay for print-outs of all kinds of OERs (and other books), because we make it easy for them.

What I’m saying is that open-licensed publishing is not the zero-revenue opposite of ‘commercial’, proprietary publishing. Open-licensing can be a powerful add-on to commercial models.

A few weeks ago the International Publishers Association released a press release and position paper on OERs. Despite its title (‘Publishers and Open Educational Resources can work together‘), it was a disappointing, deeply flawed, reactionary piece, which argues that books published under closed licensing models are inevitably better than OERs. It says the same kinds of silly things that said I myself when I first encountered Mark Horner’s work ten years ago.

This misunderstanding is based on the notion that OERs are produced in a kind of financial vacuum; that they emerge clumsily – through ‘untested content creation mechanisms’ – without any costs being incurred. Whereas ‘commercial’ publishers, they say, invest lots of money in proprietary books, and this makes the books better.

Open resources are just as expensive to produce. But they’re paid for in the time of volunteers, by grants from philanthropists, and from commercial CSR or advertising funding. It’s not that the costs are different. What’s different is the customer.

Who benefits from a textbook, and therefore will pay for its development?

For proprietary books, the publisher’s customer is an individual school child and their parents, who must pay for textbooks for their child’s sole benefit. (Sometimes not directly in cash, but in school fees or by choosing lesser schools with state subsidies.) Development costs are bundled into that price.

For OERs, the publisher’s customer is civil society, who will benefit over and over again from that child being educated. In the forms of volunteer time, philanthropy and corporate sponsorship, civil society picks up the book-development tab as an investment in its collective future.

Eventually, this could reduce costs, because the more open-licensed material there is, the more we share and reuse it, and the less authors and publishers have to spend reinventing the wheel. Or civil society could just keep investing in making those resources better and better.

Traditional publishers have a tremendous opportunity to use their expertise to contribute here, by changing who their customer is. And if they can’t do that, then more and more organisations just like Siyavula will step in and do it instead. Open educational publishing is commercial publishing.

PS For more on the usefulness and high quality of OERs, follow the work of Shuttleworth Fellow David Wiley at Lumen Learning.