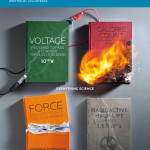 A massive shift has taken place in South African schoolbook publishing in the last month. We can’t predict the effects it will have, but they will be significant. The Department of Basic Education has printed open-licensed science and maths textbooks for every grade 10 learner in the country, and will follow up with grades 11 and 12 soon. I’ve heard estimates that this is around two [update: two-and-a-half] million textbooks in each grade.

Until now, textbooks have been procured by commercial means, almost all developed by commercial publishing houses. While for many years government has toyed with the idea of producing textbooks centrally, for good reasons (and not a little lobbying by the publishers’ association) it has never been done. But when offered a good, open-licensed textbook written by volunteers and developed by Siyavula (a Shuttleworth Foundation project), the DBE decided that printing and distributing these to schools countrywide could be a key part of improving science and maths education in South Africa.

At last night’s announcement of the class-of-2011 matric results, the Minister of Basic Education explained:

We have a strategy in place which we will vigorously implement in 2012 to improve the pass rate and the quality of Mathematics and Physical Science – the National Strategy for Mathematics, Science and Technology Education.

Our focus will be on four areas: (1) improving the participation and performance of girl learners; (2) helping schools to improve learners’ subject choices; (3) ensuring correct placement of teachers; and (4) focusing teacher development efforts on subject and pedagogical content knowledge.

A vital part of our strategy is working with partners, including those in the private sector, higher education institutions and NGOs. These partners are numerous, but I want to mention the Shuttleworth Foundation which has developed maths and science textbooks for Grades 10, 11 and 12, free of charge. We will distribute them to schools as from this year.

This changes the game. Publishers I’ve talked to recently, who’ve been aware of this for the last few months, are naturally concerned that schools will not buy commercial textbooks if they’re getting free ones, despite the DBE’s alleged assurance that the Siyavula books are intended to be supplementary.

But that is just the kindling to a fire that could change South African schoolbook publishing even more significantly. A precedent has been set: the DBE printing open-licensed materials from a non-traditional publisher on a massive scale. Today, the right team of pros can produce open-licensed textbooks in months and pitch them to the DBE. Tomorrow, these might be ebooks or software on tablet computers. Their development might not be funded by a social-impact foundation, but a corporate sponsor. They could be produced as part of broader business models that involve teachers, learners, schools, device makers, distributors or printers. And the teams that produce them could do so under far better circumstances than the badly paid, debilitating, high-pressure environment that schoolbook production teams have become used to, often to their personal detriment.

If you’re looking for a turning point in South African publishing, this might just be it.

(Disclosure: As a Shuttleworth Foundation Fellow, I get a close view of what the Siyavula team are doing. I’m not directly involved in this project. I’ve also worked as a consultant for many South African educational publishing companies, and am actively working to build partnerships with them for Paperight.)

7 thoughts on “A sea-change in South African schoolbook publishing”