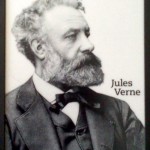 I recently revisited a now famous Wired interview with Steve Jobs from early 1996, in which he talks about this, too:

I used to think that technology could help education. I’ve probably spearheaded giving away more computer equipment to schools than anybody else on the planet. But I’ve had to come to the inevitable conclusion that the problem is not one that technology can hope to solve. What’s wrong with education cannot be fixed with technology. No amount of technology will make a dent.
…
Lincoln did not have a Web site at the log cabin where his parents home-schooled him, and he turned out pretty interesting. Historical precedent shows that we can turn out amazing human beings without technology. Precedent also shows that we can turn out very uninteresting human beings with technology.

I’m no Jobs fanatic, but he hits the nail on the head here. More importantly, he goes on to talk about the need for educators and parents to foster creativity as the real engine of progress:

Creativity is just connecting things. When you ask creative people how they did something, they feel a little guilty because they didn’t really do it, they just saw something. It seemed obvious to them after a while. That’s because they were able to connect experiences they’ve had and synthesize new things. And the reason they were able to do that was that they’ve had more experiences or they have thought more about their experiences than other people.

Unfortunately, that’s too rare a commodity. A lot of people in our industry haven’t had very diverse experiences. So they don’t have enough dots to connect, and they end up with very linear solutions without a broad perspective on the problem. The broader one’s understanding of the human experience, the better design we will have.

It’s been over sixteen years since Jobs made those observations, which in Internet time makes them important lessons from distant history. We now have all the technological tools Jobs talks about, and yet many of the societal problems, too. That’s why I’ll never argue that technology solves our problems. Technology just helps us to solve them ourselves.

This work is licensed under a Creative Commons Attribution 4.0 International License.