Right now, the coronavirus is forcing publishers to convert more books to epubs quickly. I’m receiving lots of requests for this kind of work, and we can’t take them all on at Electric Book Works. I’d like to point publishers to experienced, freelance book-production pros. In particular, I’d like to support solo freelancers at this difficult time.

Below, I’ll list the pros I hear about with their details. Please contact them directly if you need epub conversions. (Note that epub conversions are essentially also Amazon Kindle conversions, since you can upload epub files to Amazon.)

1. There are good conversions and bad ones. Unless I say otherwise, I cannot vouch for anyone listed here, nor the quality of their work. If you’re a publisher who wants independent quality assurance, contact me at Electric Book Works.
2. For now, I am only listing individuals who do these conversions themselves. I’m interested in recording which individuals have the necessary skills. If I’m told that they do their work at or as a company, I’ll mention that.
3. If you have worked with someone listed here, you can leave a review about them in the comments. I moderate all comments on my site, so I will publish positive ones that seem credible to me. And I may choose to hide negative or unhelpful reviews. If I get a credible, negative review, I may choose to remove someone from the list. I can’t and won’t enter into any correspondence about my decisions. Unfortunately I don’t have any capacity for that.
4. I won’t be able to maintain this list often. It may get out of date, sorry!
5. If you’d like to be listed, send me your details. I need your full name, your email address, your city, and a short (one paragraph) description of your epub-conversion skills and experience. If you have a website or online resume (e.g. LinkedIn), please include its URL. Publishers are far more likely to contact you if they can read more about you online first. And I will list your website rather than your email so that you control how people contact you. If you’d like to be removed, just let me know.
6. If you are a company that does epub conversions, I won’t list your company, but you can put your details in a short, professional note in the comments below. All we need is your company name, website URL, country, and a one-line company description. If you don’t include this, and only this, I probably won’t publish your post. Sorry. I won’t be editing anything, so I’ll only approve comments that are already clear, concise and helpful.

Thanks, everyone. Here’s the list so far in reverse-alphabetical order. 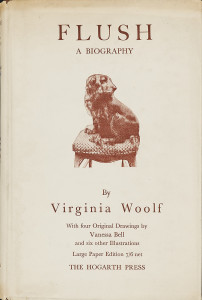 For some years now, Amazon and major publishers have been arguing about how the book industry should work. Most recently, Amazon has been tussling with Hachette. Alistair Fairweather has a neat overview in the Mail & Guardian:

For more than six months Hachette, a large publisher, has been wrestling with Amazon – the largest online retailer of its books – over pricing. The dispute soon escalated from private negotiations to a public brawl with all the hallmarks of a schoolroom hair-pulling fight.

Amazon is becoming a vertically integrated book company, a single house that handles everything from commissioning to sales. That’s what many publishers were a hundred years ago. Think Virginia Woolf and the Hogarth Press. (In some countries, like Egypt, they still are, as Ramy Habeeb explains in this great talk.)

Some companies managed to keep two publishing functions in-house: rights and branding. Rights mostly means entering into contracts, and branding means deciding which stories to tell and how to package them. Pretty much anything else could be left to the specialists. But if you kept rights and branding in-house, you could call yourself a publisher, because you got to decide where and how your books would reach people. And so, in the world of books, we use the word ‘publisher’ really to mean specialists in rights and branding.

In this world, for fifty years or more, the specialists lived in relatively peaceful symbiosis. This was possible while the constraints of the book trade were constant: given available technology and good sense, you could change very little about the way books were made, moved and sold. Advances like computerized typesetting and print-on-demand shuffled things a little, but they did not fundamentally change the natural constraints of making, moving and selling books.

Most of us grew up in that world, so we think it’s normal. But it’s really just a phase in the evolution of the book business. A phase held in place by constraints on what was possible. And perhaps the biggest constraint – an effect of the physical nature of books and the way we sold them – was the book-selling specialists’ inability to sell books to exponentially more consumers.

Amazon changed that. Bezos and his team solved the constraint on sales, as Fairweather puts it, “by consistently pleasing millions of customers for nearly two decades”.

With a key constraint removed, the symbiosis was over. For a few years now, Amazon has been vertically integrating publishing under its very big roof. Today, Amazon is a publisher (rights and branding), a self-publishing service in ebooks and in print, and of course a marketing and sales powerhouse. It owns a large piece of the Internet’s infrastructure. And last year Bezos bought a major newspaper, which may help Amazon do and learn more about marketing.

Don’t think that this is normal, either. Or that Amazon will remain the only troll under the bridge. This new phase may last fifty years, as the last did. Or the rapid change that the Internet makes possible will shorten it dramatically.

In the meantime, if you’ve been working for a publisher, it may be useful to focus on this: if rights and branding are what you’re good at, get better at it. Most importantly, be creative about it. Ever since the Internet made copies almost free, the biggest barrier between you and new customers is a rights barrier. Don’t make rights your admin person’s side job. And don’t clog your rights department with lawyers: a lawyer’s job is to eliminate risk, and finding new customers always involves risk. While you may have to lose battles with Amazon, you don’t want to lose the battles over rights, such as battles over exclusivity, lowest pricing, and territory.

Of course rights are exactly where Amazon needs to win on its road to vertical integration. Amazon often asks for exclusivity in key areas (such as lowest pricing), for instance. And its direct approaches to authors are a move on original rights. Your best defense in rights discussions may be your own precedents: if you are already creatively exploiting rights you control, it’s that much harder for Amazon and others to claw them off you.

There is another reason to get creative with rights, too. In another part of this galaxy, but not so far away, open-licensing players are getting stronger every day. They are doing high-quality, game-changing work. The publishing industry’s us-vs-them attitude to open licensing (see this PDF press release and this PDF paper) is self-defeating: open licensing isn’t other than book publishing, it’s a creative tool of business.

I would love to see the publishers of today become the creative rights managers of tomorrow. Not only would it make my job at Paperight easier, but because publishing companies employ so many of my good friends and family. Ultimately, we all care most about the individual lives affected by all this fuss; the people who make the books and the people who need them. Wherever they’re coming out ahead, the book business is doing well.